Darrell created and founded Saskatoon Community Youth Arts Programming Inc. (SCYAP) in June 2001. His experience working as a personal development coach for Indigenous youth, in combination with his admiration for the unbridled talent of graffiti artists, pushed him to answer his own questions: “How can we give these young, at-risk Indigenous youth, and the underprivileged an opportunity to have equal access to arts training? How can we take these talented graffiti vandals and have them re-channel their talent to positive initiatives and mainstream galleries?” His answer was the creation of SCYAP.

Over the course of his career Darrell accumulated over 30 years experience in youth program development and small business management. A few of his many experiences included developing and coordinating a group home for special needs youth with behavioural issues for Protega Homes of Edmonton, coordinating youth programs for the City of Edmonton and coaching youth personal development with the Boy’s & Girl’s Club of Edmonton. Darrell was also a Youth Skills Instructor with Winnipeg School Division #1, and was a facilitator/instructor with Frank Olson’s internationally recognized Street Proofing Our Kids (S.P.O.K. Inc) program in Vancouver. Darrell also brought 14 years of front line work experience in Federal Corrections at Stony Mountain Penitentiary. During that time he was involved in security, case management, recreation, and was a member of the Dog Unit,and the Emergency Response Team.

Due to SCYAP’s well known success, Darrell was sought out by the Government of Canada’s Department of Heritage, the Laidlaw Foundation, McMaster, McGill and York Universities for consultation on “best practices” for youth engagement. Darrell’s information was used in Policy making for granting of funds through the Federal Government as well as for content in a text book for the above mentioned universities. In addition to this, researchers from the Ministry of Culture for the Province of Ontario contacted SCYAP for “best practices and strategies in engaging youth in arts, sports and leadership”, to be used in a major Ontario governmental report called “Routes of Violence Review”.  As well representatives from cities across Canada, and from the Twin Cities of Minneapolis – St. Paul in the United States of America, contacted Darrell to learn about developing a project such as SCYAP’s Urban Canvas and linking youth to community economic development.

In 2005 the government of Saskatchewan honoured Darrell for his work with SCYAP by presenting him with the Saskatchewan Centennial Medal, which recognizes individuals who have made significant contributions to society and honours outstanding achievements.

In 2006 the City of Saskatoon and CTV Television selected Darrell as one of Saskatoon’s “100 People 100 Reasons”. A city centennial honour given to one hundred people who have made Saskatoon a better place to live.

Darrell was asked by the Canadian Urban Institute in Toronto to join Giles Bugailiskis (chief advisor to Winnipeg City Council), Kevin Stolarick (Research Director of the Martin Prosperity Institute) and Peter Stoicheff (President of the University of Saskatchewan) to form a four person advisory Board for a major initiative that involves a proposed Cultural Plan for the City of Saskatoon.

Darrell was involved in numerous Saskatoon community initiatives including the following:

*People for Action against Homelessness

*CNYC Advisory Committee for the Rebuild

In the fall of 2016 Darrell stepped back from his role as director of SCYAP. 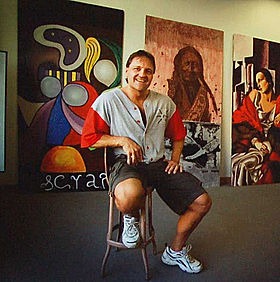